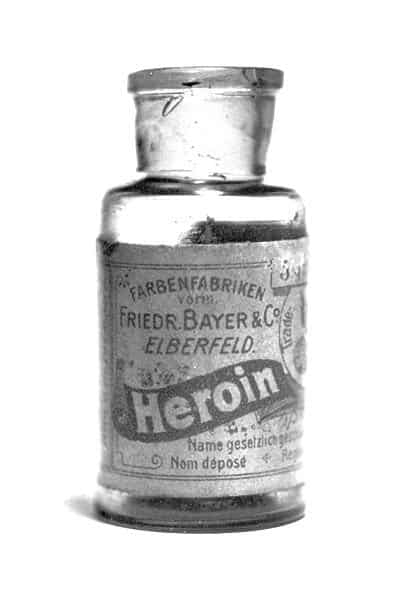 America has a long history of obsession with opioids. The story of opioid use in America dates back to at least the 1800s, as opium and then morphine made its way to the land of the free. Morphine was a ‘wonder drug’ that changed the way medicine was practiced. However, it was not long before the addictive properties of this wonder drug became well known and documented. The search was then on, for a pain-relieving replacement for morphine. In 1898, Bayer Pharmaceutical Company first commercially produced heroin as a painkiller. Heroin was marketed as a safer, ‘non-addictive’ alternative to help curb the morphine epidemic going on at that time.

Heroin and morphine continued to be unregulated until Congress passed the Dangerous Drug Act (in 1920), that made it illegal to purchase these drugs over the counter, and began to place federal regulations on their distribution. By then it was too late, Pandora’s box of opioids had been opened. Only 5 years after the passage of the Dangerous Drug Act, there were already approximately 200,000 people addicted to heroin the United States.

Since then America has continued to struggle with epidemics of opioid abuse, including at least two heroin epidemics (the first began after World War II and the second in the late 1960s). Both epidemics had a rise and fall, and the demand for opiates continued, as well as the need for effective pain relief. By the late 1960s, there were an estimated three-quarters of a million people suffering from heroin addiction. The conflict between the doctor’s desire to help relieve the patient’s pain, and the fear of causing addiction, loomed for most of the 20th century.

Once again, in the 1970s, pharmaceutical companies worked to create synthetic opioid drugs for pain treatment. Not long after the release of Vicodin and Percocet, a discussion began around the idea of using prescription opioids to treat chronic pain. Doctors, who up until then, had been taught to avoid prescribing the highly addictive prescription opioids, were being told they should reconsider. Papers were written throughout the 1980s, by pain management physicians that showed prescription opioids could be used safely to treat chronic pain, with a low risk of addiction. By the 1990s, there was a push in the medical community to do a better job of identifying and treating patients’ pain, leading pain to become known as the “5th Vital Sign”. Making pain treatment a priority became an important theme in patient care. The Joint Commission (a nonprofit organization that sets medical standards) issued guidelines for doctors and hospitals to follow, mandating that pain be “assessed in all patients”. An educational book for doctors was released for sale in 2000 by the Joint Commission, and sponsored by Purdue Pharma, the makers of OxyContin. The book discusses studies that showed there was no real concern for addiction when using opioid drugs for pain control. In fact, the book called doctors’ worries about the addictive potential of opioid drugs “inaccurate and exaggerated”.

As new prescription painkillers flooded the market in the early 2000s, well- intentioned doctors around the country were all too happy to have a new tool to combat pain. Within a few years, prescription opioids became the standard of care for many chronic pain conditions. Almost all office visits, in which pain was the chief complaint, ended with a prescription for an opioid, and sometimes in stunningly large amounts.

Today, the prescribing pendulum is once again swinging the other way.

The weight at the end of the pendulum is the CDC’s 2016 opiate prescribing guidelines. The goal of the guidelines, as stated by the CDC, was “to improve the way opioids were prescribed and ensure patients have access to safer treatment while reducing the number of people abusing and overdosing from the drugs”. Following the release of the guidelines, then U.S. Surgeon General Murthy issued a letter for health care practitioners in support of the CDC Guidelines, urging everyone to “turn the tide” of the opioid epidemic. Not long after, Centers for Medicaid and Medicare Services made the CDC guidelines official policy, threatening “punitive action” against doctors who didn’t follow them.

As the death toll rises from the current opioid epidemic, and the astounding statistics continue to garner more and more attention, healthcare institutions and doctors are quickly rewriting their opioid prescribing protocols. Chronic pain patients are getting dropped from their opioid medications, often with little to no warning. They are being told to quickly wean off their opioid drugs, or in many cases to stop use immediately. Some of these patients have been taking their prescription painkillers for years to treat their chronic pain, and some have been maintained at exquisitely high doses. Patients are being treated like malingering “addicts”, instead of people suffering from a disease; even those who have never once abused their prescriptions, never asked for an extra dose, and always taken their medications exactly as prescribed to them. Few chronic pain patients are offered counseling about the dangers of addiction and dependence on opioid drugs. This is in spite of the fact that modern science shows that long term opioid users experience well-documented changes in brain chemistry. These brain changes make those long-term users who stop using opioid drugs, experience a sickening withdrawal syndrome, and ongoing intense cravings for the drugs.

Addiction medicine teaches that patients in recovery can relapse at any time, even years later. Research has clearly shown that addiction treatment is essential to sustained recovery, through the form of both counseling and medication-assisted treatments like Buprenorphine (Suboxone). However, in the current medical climate where doctors are refusing to continue prescribing and renewing opioid drug prescriptions, patients are left to face an uncertain future.

It is a fact that those suffering from opioid addiction and dependence are more than likely to experience relapse, especially those that receive little to no treatment for their addiction. Is it possible that a population of people addicted to prescription opioids can just stop using when their doctors say, “you’re done”? Many patients in this position do not see themselves as suffering from “addiction”. However, medical science has revealed that addiction involves both behaviors and changes in brain structure and function. These characteristic changes result from the continued use of all opioid drugs, prescribed or not.

Recent statistics show that heroin use has crossed barriers many thought would never happen. Heroin usage has increased in both men and women, of all races and ethnicities, and in those with higher levels of education and higher incomes.

Most recently, JAMA released a study (Changes in U.S. Lifetime Heroin Use and Heroin Use Disorder) looking at the rates of heroin use in the United States. The researchers recognized heroin use in America as an “urgent concern”. The conclusions from their study showed that between 2001-2002 and 2012-2013:

The researchers went on to stress how important it is to educate people about the dangers of heroin, and how better access to treatment is essential.

With even a bit of historical perspective, the current opioid addiction epidemic should have been seen as an imminent threat. Aside from alcohol, opioid dependence is humanity’s oldest, most widespread, and most persistent drug problem. Since the first opioid drugs made their way to America, our culture has struggled with how to use these substances appropriately. For centuries, doctors and patients have been challenged with how to effectively treat pain. Opioids have long been known to be a double-edged sword.

To prevent history from repeating itself yet again, it is essential to accept once and for all the addictive nature of opioid drugs. Opioids will likely always hold an important place in the ‘pain treatment tool box’. However, discretion is essential, as history shows the long term use of opioid drugs is likely not the best treatment for most types of chronic pain. Doctors and patients need to be educated about the science of opioid drugs and addiction, and alternative and integrative pain treatment options.

Dr. Stacy Green is dedicated to your healing and wellness. Her care is individualized, innovative and integrative and she treats every person with dignity and respect. She is committed to a partnership between doctor and patient, helping guide you along your path to recovery.

Cold Turkey Is Not For Everyone: A Guide to Medication Assisted Addiction Treatment
October 29, 2017

What Are The Symptoms Of Opioid Withdrawal And Can It Be Deadly?
March 21, 2017